Mr. Joel Gilbert, Master Instructor, has dedicated himself to instructing Korean Martial Arts since 1989.Experienced in both Chung Do Kwan and Moo Duk Kwan systems, Joel’s love for the Korean Martial Arts is rooted in the traditional Moo Duk Kwan style. Under the instruction of Master Dana Vaillancourt of Huron, SD, Joel has attained the rank of 5th Dan (Degree) in Taekwondo and 5th Dan in Tang Soo Do.Joel has taught hundreds of people throughout the Central Maine region during the last 25+ years.His martial arts endeavors include two decades of teaching, participating in fund-raising events for local charities, teaching self-defense seminars, and performing breaking and self-defense demos to promote the Korean martial arts.

Outside of class, Joel is a 28 year employee of the State of Maine; currently working as Assistant Director, Division of Quality Assurance and Professional Practices for the Department of Corrections. Previous work has been in the behavioral sciences field as an Intensive Case Manager.Joel is married to Jane Gilbert and they have three children: Luke, Heather, and Samuel.

Joel’s favorite quote:   Argue for your limitations and sure enough they are yours ~Richard Bach.

Mr. Mark Krawec, Assistant Instructor, joined the University of Manitoba Taekwondo club in 1989 at the behest of a friend from his 19th Century French poetry class who didn’t want to go alone. By the time they graduated they were the only ones from their group of new students still training. Repeated moves and consequent long searches for compatible schools meant it took him what might be a record-setting 12 years to earn his 1st Dan in 2001. His 2nd Dan in Moo Duk Kwan Taekwondo and 1st Dan in Tang Soo Do followed an equally protracted 12 more years later, in 2013. Other arts he has studied in the meantime include Olympic taekwondo, boxing, judo, tai chi, and Choi Shin Do in which earned a yellow belt and fractured nose, both of which he’s quite proud of.

Mark is also a senior programmer/analyst with the Maine State Legislature, husband to renowned toxicologist Deborah Rice, groom to her horses, coddler of a small herd of cats, intermittent yoga practitioner, and tabletop roleplaying game enthusiast.

“For all the compasses in the world there’s only one direction, and time is its only measure.” – Rosencrantz and Guildenstern Are Dead, by Tom Stoppard

started training a long time ago in a galaxy far, far away.  Being forced to take a long break after achieving his red belt in Taekwondo, Kevin returned to training under his old martial arts partners, Master and Mrs. Gilbert.  Finally achieving his black belt, Kevin has continued training and currently holds his 2nd Dan in Taekwondo and Tang Soo Do.

first started his martial arts training in high school in Shotokan Karate.  Stopping due to the demands of work and college, he took a 13-year break before deciding to pick his training back up.  Focusing on maintaining an active lifestyle after a significant weight loss, Jason enjoys activities including snowboarding, biking, hiking, rock climbing, water skiing, and of course martial arts.

“Excuses are a list of self imposed obstacles that prevent you from having a better life.” – Tony Horton 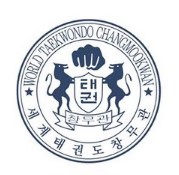